This is the story of a dream enlightened with passion and curiosity, but also a project realized thanks to an artistic, persistent and entrepreneurial talent.

It’s the story of a man and his brand, that after years of research, have become one body, with an unmistakable and gritty soul, projected into a future that focuses on creativity  and technical innovation, without forgetting the tradition of the manufacturing  and craftsmanship that has made Made in Italy famous all over the world.

Angelo Lupis and his Okinawa sneakers today represent an international distinction in the  luxury sector of sportswear, appreciated by millennials and the Generation Z, but also from the less young, who recognize in this product the sparkling and daring existence of a free spirit, but above all, careful to those sustainable values that combine the quality of materials and the manufacturing processes, respecting people and the environment.

This story begins in the city of Ravenna. Angelo was born in 1964, and arrived at an early age from Calabria with his family, leaving a noble dynasty among other things as the last secular heir. From that small province, the young man, who has always been fascinated by the artistic world of  creativity and fashion design, left to Venice and Florence to attend the faculties of Architecture, but at the same time of his course of studies, he jumps headlong into different work experiences, among them, in 1985, is the one alongside with Tonino Lamborghini, son of Ferruccio, with which he collaborates to create design accessories, refining his own style skills, nourishing one’s love for what is beautiful, new and functional.

In the following years, alongside numerous trips around the world, looking for stimulating emotions, ideas, techniques and divergent paths to be confronted with, other important work experiences follow in different sectors and profiles, but highly educational. In 1990, he personally dealt with the merchandising of a company producing accessories that sponsored the World Cup in Italy, afterwards being among the founders of the mobile phone on behalf of then the leader of Telecom Italia and, in 1996, launched a new project in creating a magazine entirely dedicated to fashion trends.

But it’s in the 1999 that finally, Angelo takes the opportunity he has been long awaited, when he joins Diadora’s management staff, the only multinational – italian company in the sneakers world (established since 1941), intent on relaunching the brand’s somewhat tarnished image globally.
Angelo has here the possibility to grow rapidly at a professional level, assisting closely to all the production processes, attending craft workshops where prototypes are created, designs, fabrics and uppers, but above all by thoroughly studying the company’s immense historical archive, containing  fifty years of models, including the most iconic ones, worn by the top testimonials of the 80s sports system, from Senna to Borg, from Moser to Van Basten.
The young designer immediately understood the need to breathe new life into the company’s glorious tradition, taking care of its graphic power in every detail, updating it to the new needs of the sportswear market and the contemporary technological and communicative processes. Flagship of this intuition is the reinterpretation of the sneakers with which Edwin Moses won the gold medal in the 400 hurdles in Los Angeles in ’84.
Angelo created this model of sneakers by applying a particular “stone washed”. It is a washing technique that until then had always been used as a method only for jeans, demonstrating the potential of technical and stylistic between the different souls of the fashion world and thus creating an iconic model that still nowadays remains one of the strengths of the company.

The road to GG

In 2001, thanks to the skills acquired in this industrial reality, he moved to a small company, located in the middle of the containers of Marghera, Veneto. In collaboration with a reduced staff, Angelo put to use the important technical and managerial knowledge he had learned, developing a new and evolved culture, centered on high-level craftsmanship.
It focuses on the universe of handmade sneakers, in the belief that these shoes should no longer be perceived only as a useful and comfortable accessory, but rather as a true object of worship, a symbolic status able to offer consumers an experience of luxury comfort, representing their own life-style and personality.

Between 2004 and 2008, driven by his passion and desire to deeply innovate the sneaker industry, he became a designer and coordinator of many big fashion brands, by designing and adapting numerous collections, he is certain to have taken the right road, the one that you take only once in your life, and never go back.

His vision takes shape in 2009, during a trip to Japan, he is fascinated by the sophisticated culture of that amazing country. a culture that Lupis harmonizes and contaminates in a game of aesthetic, technical and symbolic references with the equally ancient and matchless Italian manufacturing tradition. From this marriage, in 2010 Ishikawa was born, the sneakers brand that immediately conquers and excites the new generations with its vintage-contemporary appeal, its biting freshness, the sober style, yet disruptive that betrays, however, a maniacal research on the quality of materials, in the sign of comfort, in the experimentation of technical innovation, as well demonstrated by the grafting of a special medical insole, filled with natural fiber material that once expanded, creates a unique memory effect.
The success of the brand does not placate the creativity of Angelo who continues to experiment  in the innovative solutions in the mixture of materials, increasingly selected, composed and eco-sustainable, flanked by textures and color patterns that bring Japanese aesthetics to Italy and Italian craftsmanship to Japan.

In 2018, Ishikawa evolves to Okinawa. Angelo enters into partnership with a small, but historic company in the Marche region at the center of the Italian shoes valley luxury, implementing the true concept of KM0 production district, where the twenty companies needed to provide the components for a single shoe, is concentrated in a handkerchief.
Sustainability, quality and innovation is the MISSION of the brand that is very careful to intercept the new social, urban and metropolitan trends, without abandoning its “trademark”, the white full-grain calfskin, a must for all seasons, able to dialogue ironically with the hip-hop opulence and withstand the impact of gold-silver leathers, always a constant Okinawa.
In 2021 thanks to the energy and dedication of Angelo, the small factory, won the trust of many leading companies in the luxury footwear industry: from McQueen to Dsquared, from Santoni to the same GGDB, arriving today to produce almost 1 million shoes, many thanks goes to the valuable workers, which are 60 artisans, coordinated by him, and affectionately calls them “My Extended Family”. 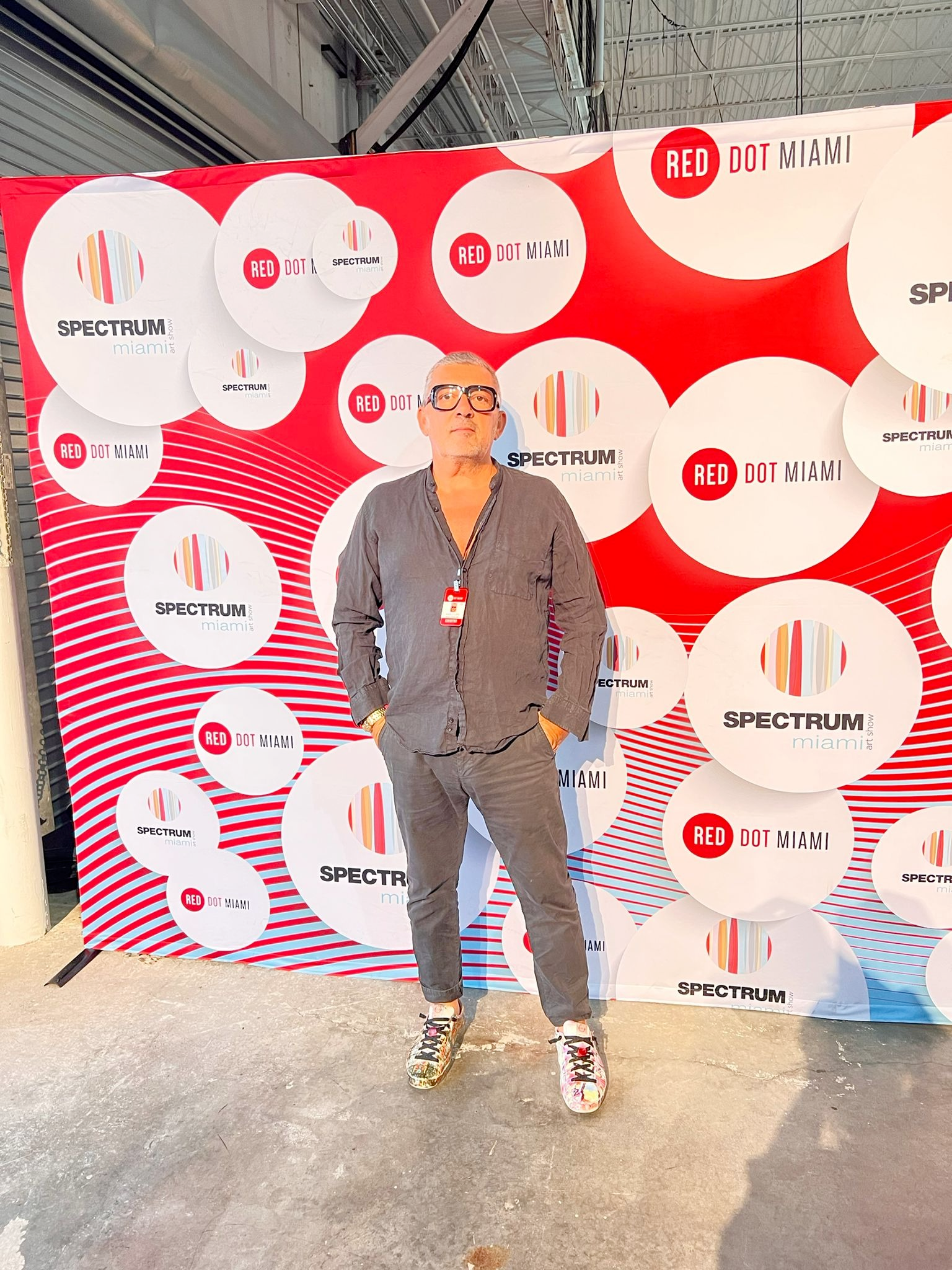 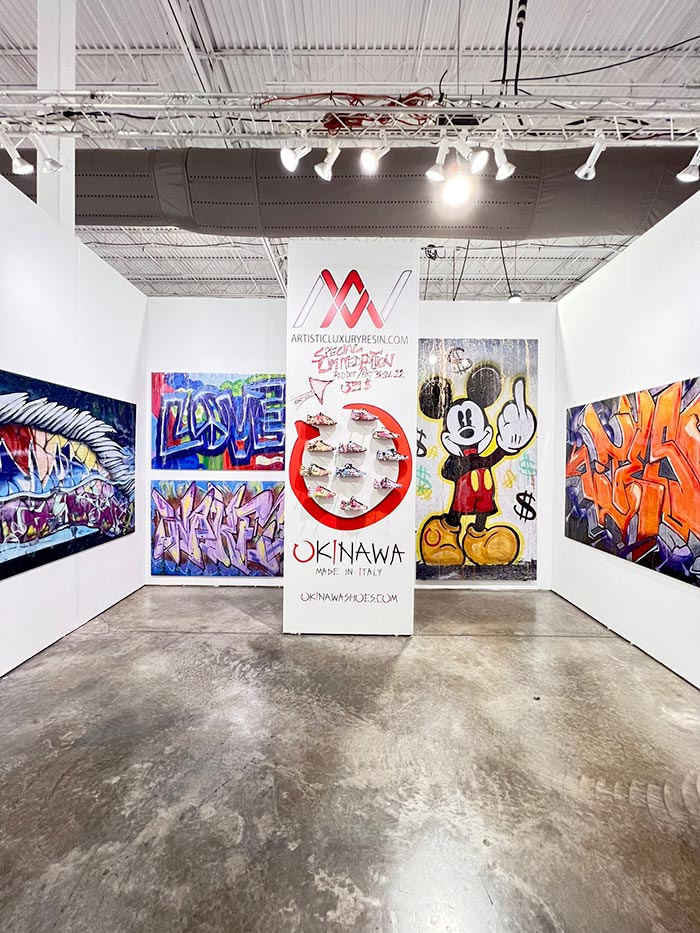 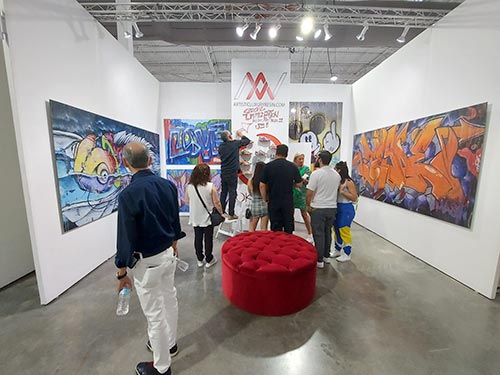 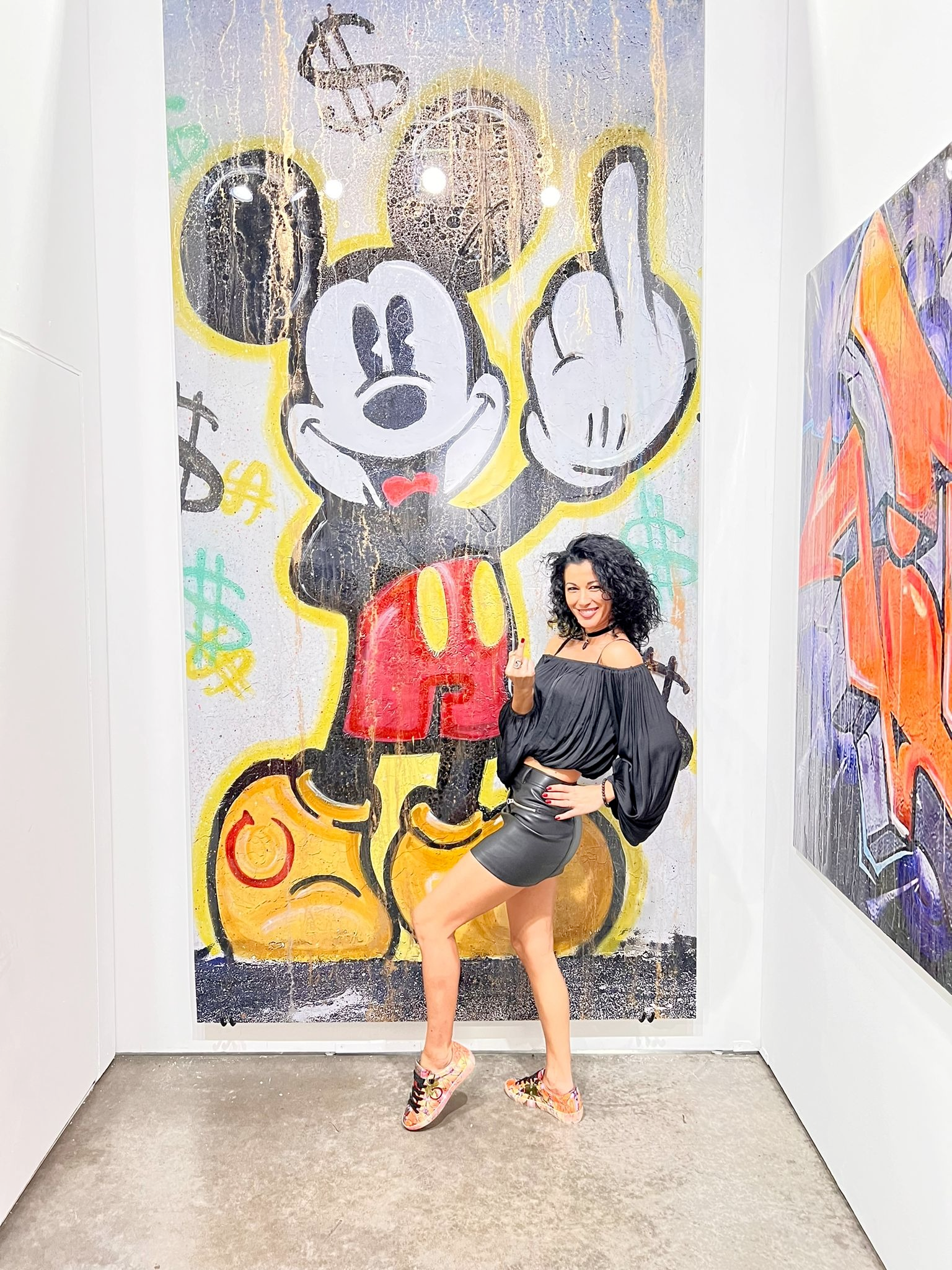 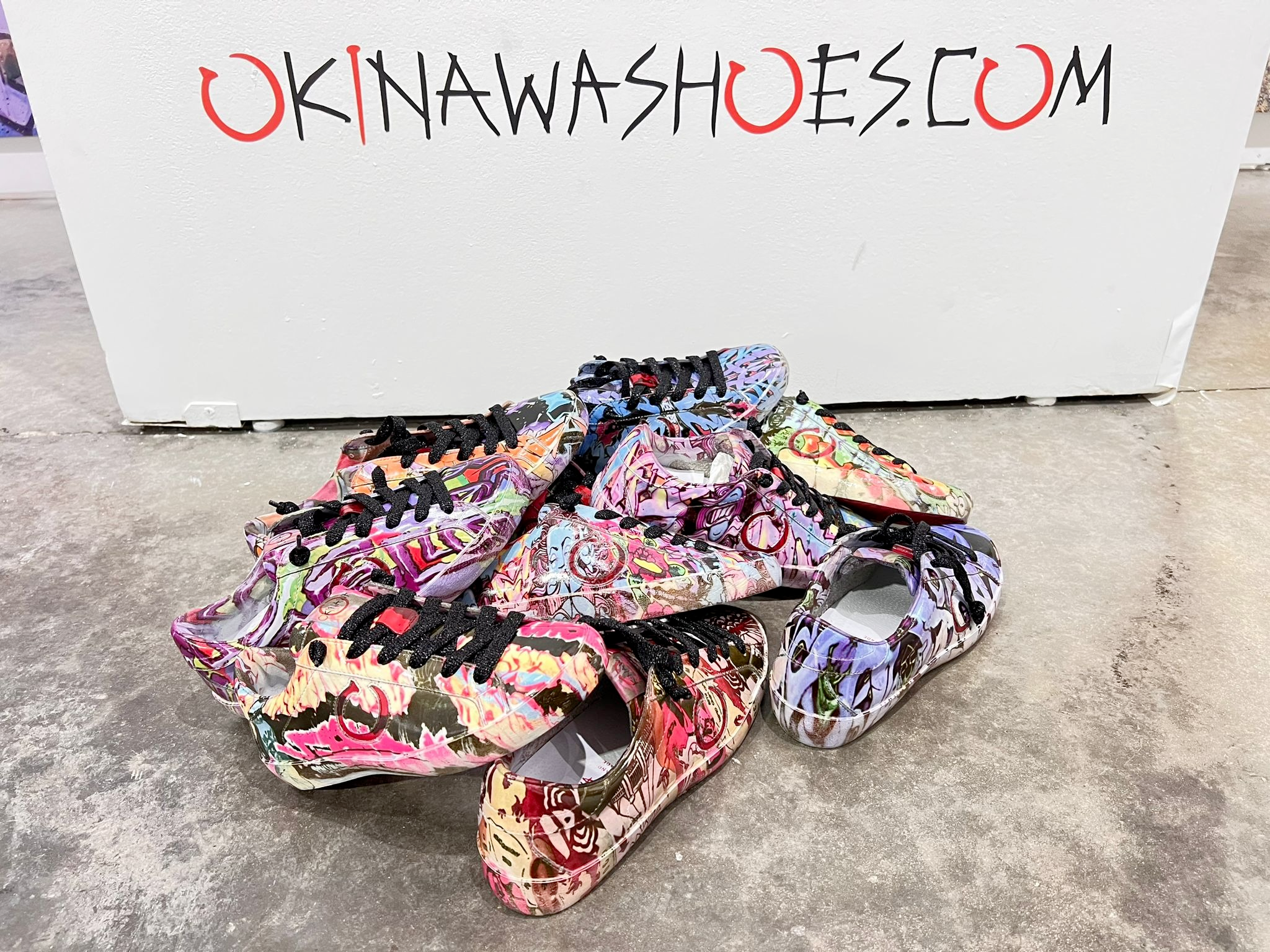 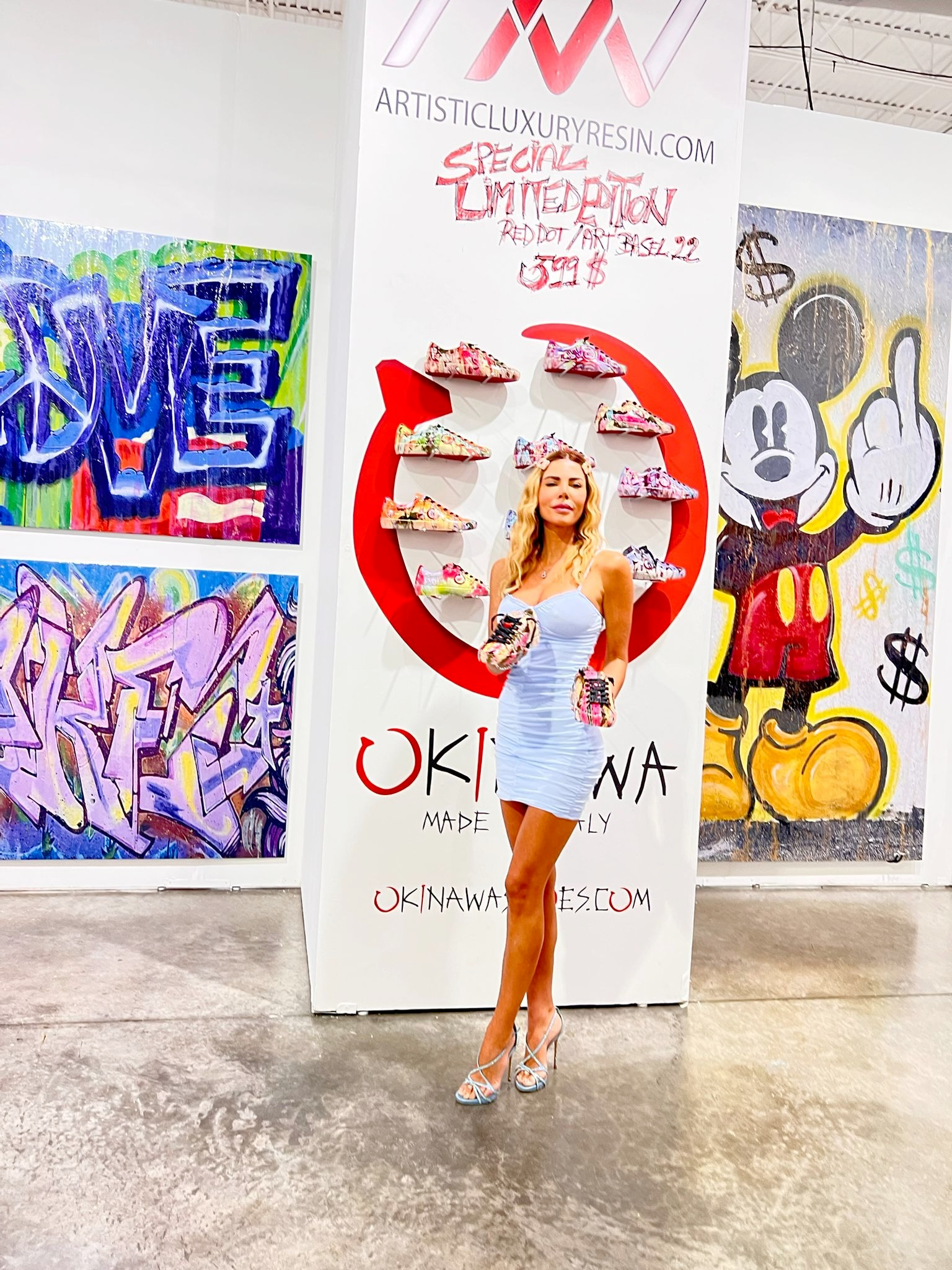 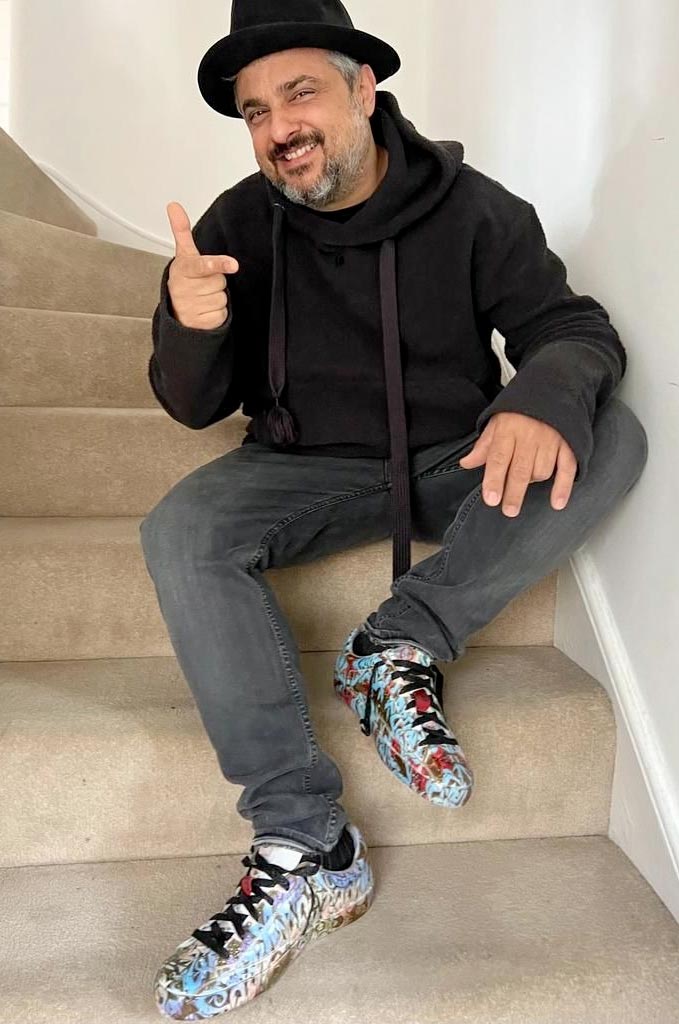 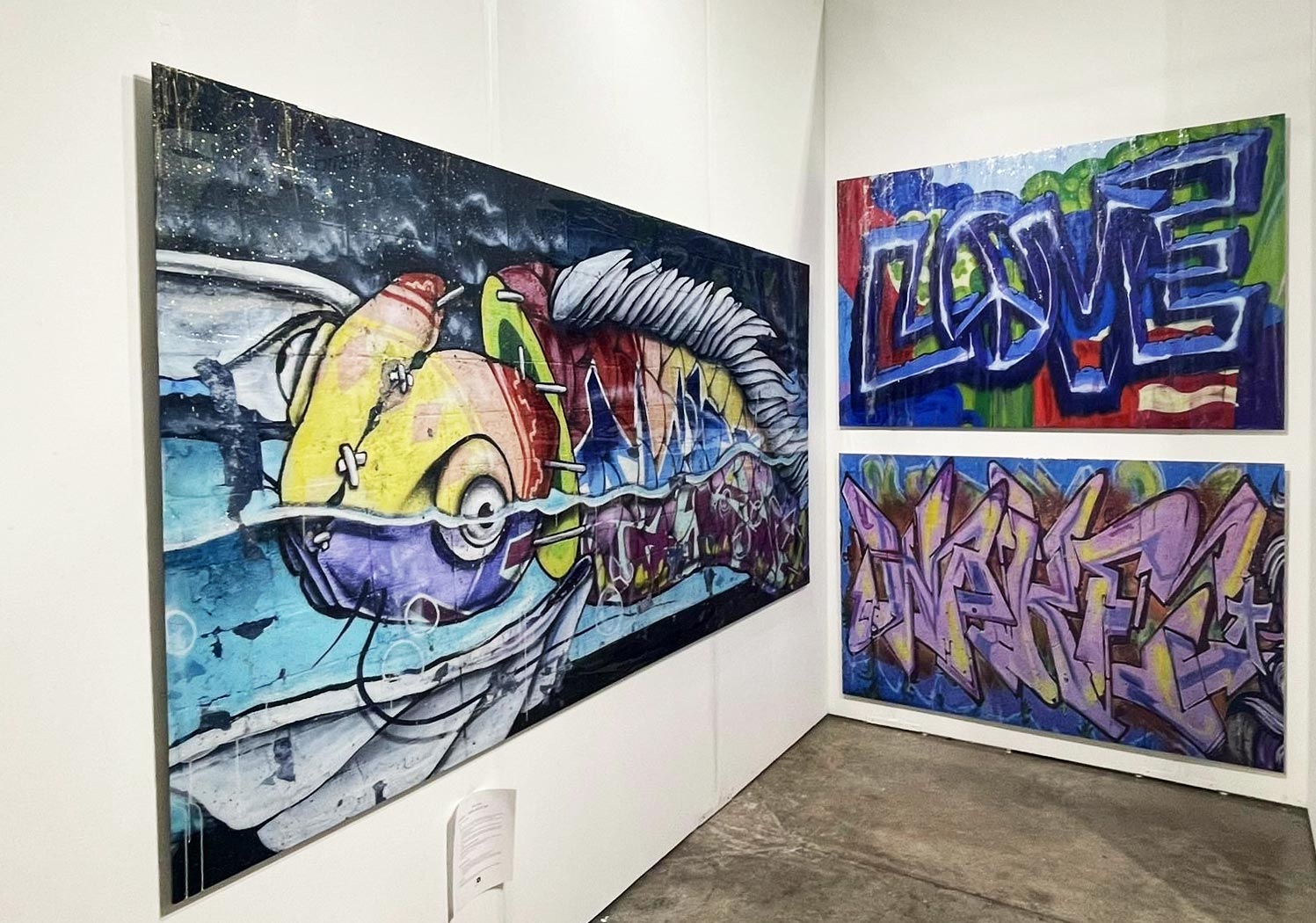 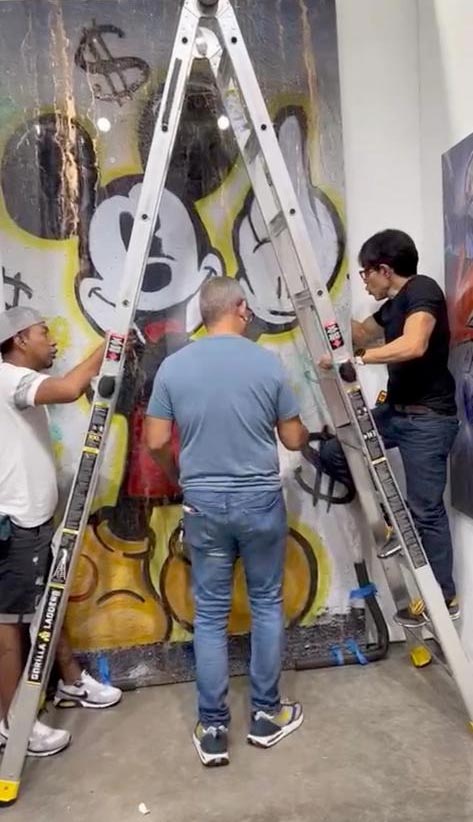 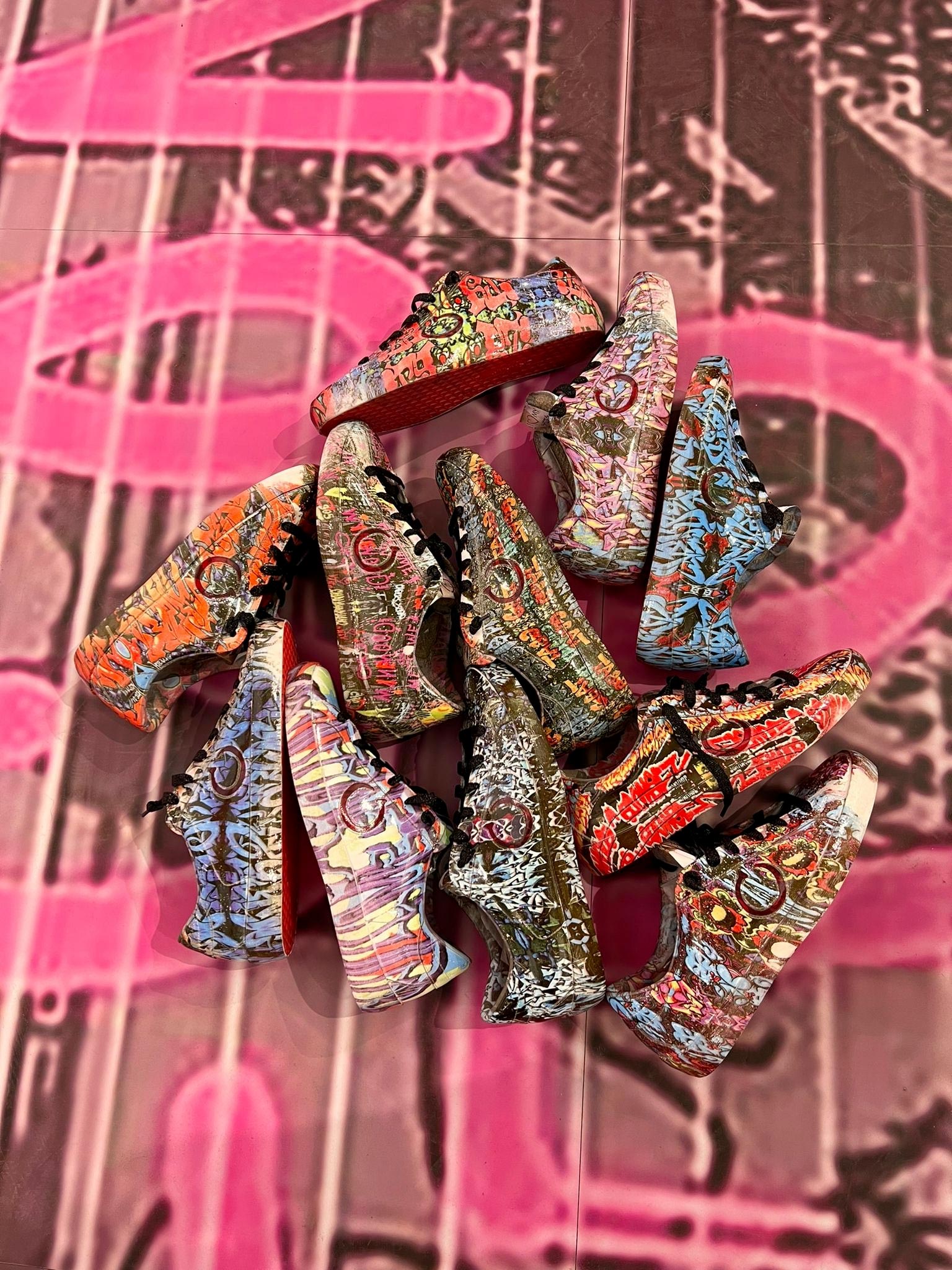 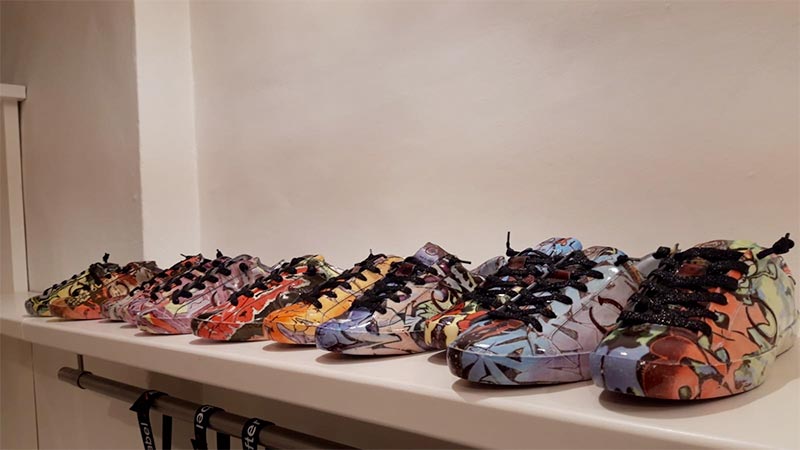